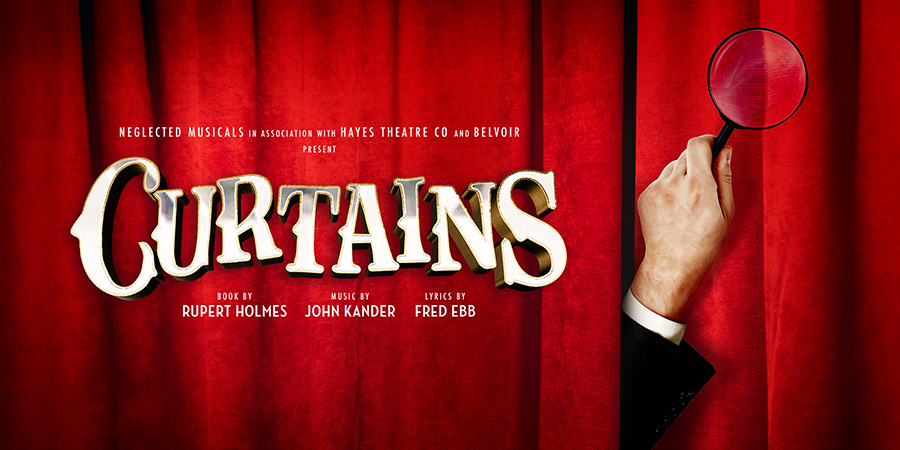 To celebrate eleven years of Neglected Musicals presentations, the Kander and Ebb musical CURTAINS will be presented at Belvoir

Curtains is a musical mystery comedy based on the original book and concept of the same name, the musical is a send-up of backstage murder mystery plots, set in 1959 in Boston and follows the fallout when Jessica Cranshaw, the supremely untalented star of Robbin’ Hood of the Old West is murdered during her opening night curtain call. It is up to Lt. Frank Cioffi, a police detective who moonlights as a musical theatre fan, to save the show, solve the case, and maybe even find love before the show reopens, without getting killed himself.

From the team that bought you CALAMITY JANE

Cast to be announced and subject to change without notice